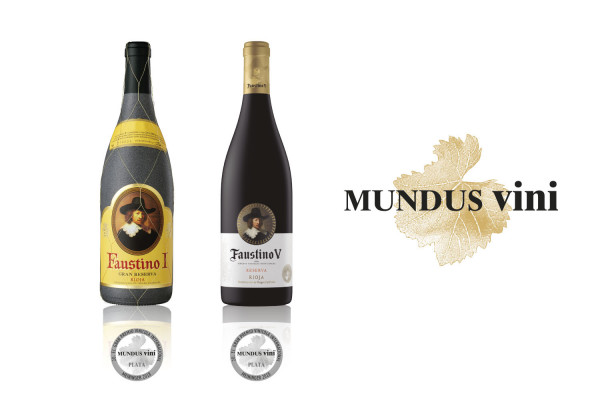 Mundus Vini, the renowned German contest founded by Meininger Verlag seventeen years ago and one of the most important wine competitions in the world, awarded a total of 12 medals to the wines of Grupo Faustino in its spring tasting. A total of 5 gold and 7 silver medals were awarded to 6 of our brands in Rioja, Navarra and La Mancha.

The aim of the contest is to promote quality and the marketing of participating wines by offering producers, grape growers, importers and consumers a forum where buyers can compare wines and get valuable help and guidance for their purchasing decisions while at the same time reaching a large audience. The importance of this competition in Germany, but also in the whole world, is demonstrated by the more than 10,000 wines which participate every year. Mundus Vini has been held twice a year since 2014, with a spring tasting in February, held just before the also German ProWein, the most important wine fair in the world, and a summer tasting held in August.

A professional jury made up of winemakers, producers, distributors, sommeliers and trade journalists from all over the world participate in a blind tasting of still, sparkling and liqueur wines. Tastings are organised according to wine category, origin, quality level and type of flavour. The evaluation follows the 100-point system of the International Organisation of Vine and Wine (OIV), which is also recognised by the International Union of Oenologists (UIOE). Never in its history has a wine received a score of 100.